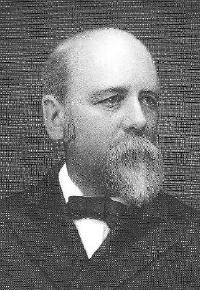 Col. Thomas Tabb
Col.'s occupation: Lawyer.. Thomas Tabb graduated from Princeton University with high honors having attained the unusual scholorship average of ninety-seven and one-half per cent. He early elected the law as his profession, his first work as a practitioner interrupted by his service in the War Between the States. In the army of the Confederacy he rose to the rank of colonel, holding, among other important trusts, a place on the staff of General Kemper, who was afterwards governor of Virginia. His patrotism was fired by the purest devotion and was founded on the purest sense of right, and to the Confederate cause he gave the best within his power during the four years of conflict.

At the close of the war he entered with full vigor upon professional labors, and from that time until his death went rapidly from attainment to attainment, from success to success, until he occupied a position in the legal profession of Virginia above which there was none. His practice extended to all states and Federal courts within his district, and his legal victories were many and important. He was a lawyer of power and brilliance, a matchless mind forming effective legal weapons that were launched in an easily materful delivery. In his arguments and pleas he could employ the keenest satire, the most scathing sarcasm, and in the same moment stir the emotions of his auditors with an impassioned appeal for justice. It was written of him shortly after his death that "he entered no courtroom that he did not illumine with his splendid attainments as a lawyer, and he engaged no society that he did not adorn with the courtliness of his person."

Colonel Tabb was a trustee of the Baptist church, and took part in the work of that denomination throughout Virginia. For twenty-five years he served his church as superintendent of the Sunday school, and in this important branch of church work was as efficient and faithful as in his discharge of secular duties. Col. was born at Hampton, Virginia, on 7 October 1835.1 Col. graduated at Princeton University in 1856. He married Virginia Jones on 31 January 1867. Col. died on 16 October 1902 at Philadelphia, Pennsylvania, at age 67.1 His body was interred after 16 October 1902 at Hampton, Virginia, at St. John's Episcopal Church.1