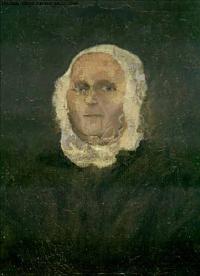 Marianna Mayo Anderson
Marianna was born at Henrico County, Virginia, on 30 March 1764.1 Mariana was disowned by her father for marrying Nathan Anderson, a Methodist preacher. Mariana and her son John succumbed to the cholera epidemic of 1849. Dying within days of each other, they were interred in a single grave and share a grave marker.

M
He was a Methodist preacher.

M, b. 1786, d. 1866
He married Maria Mayo. His body was interred at West Point, New York. Major's occupation: Major General in the U.S. Army.. "A year older than the federal Constitution," the venerable Scott, hero of the War of 1812 and the war with Mexico, had become Gen. in Chief of the army in 1841 and occupied that position when the Civil War began. Although too old and sick to be seriously considered for retaining this post in an active war, the septuagenarian professional soldier was one of the few men in the country to foresee the need to prepare for major military effort. His Anaconda Plan, although ridiculed when he proposed it, was proved by subsequent bloody experience to be sound. Succeeded in Nov. '61 by McClellan, he retired to write his two volume memoirs and to make a European trip in '64. He died at West Point and is buried there. A Virginian, he was the only non-West Pointer of Southern origin in regular army to the Union.