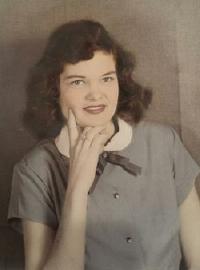 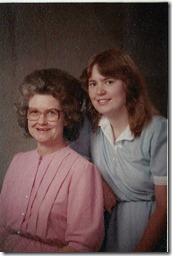 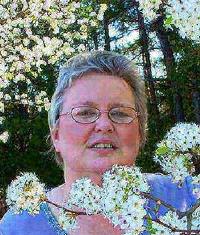 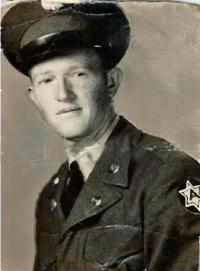 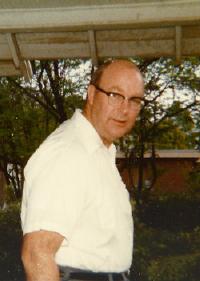 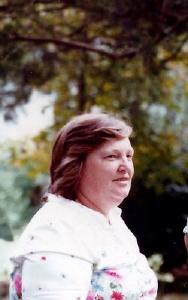 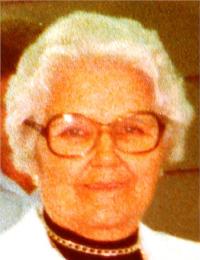 TABB, James Wesley Tabb
(Abstracted from the Madison Enterprise-Recorder Newspaper, Madison, Florida, June 27, 1969)
James Wesley Tabb of Lake Wales, FL was fatally burned in an accident at Donald Duck canning plant Sunday May 26th. He was foreman of the boiler room. The boiler was about to blow up but he refused to let anyone in to repaid it but went in himself. After finishing the work he came from the man hole and with head and left hand and arm above the ground, he called his attendant to turn the valve and let the water out of the center tank. Instead, the attendant turned the water in tank 3, and the steam and boiling water burned Tabb. He lived three weeks after the accident. His sister Mrs. Myrtle Tabb Henry of Madison was at his side when he passed away Sunday June 15th. Funeral services were held Tuesday at J. H. Evans Funeral Home Chapel
with interment in Osceola Memorial Gardens at Kissimmee, FL. He is survived by his wife, Irene Hayes Tabb; a son Hulon Tabb; a
grandson, Richard Tabb; his mother, Mrs. Katie Tabb; three brothers, Perry L. Tabb, of Ft. Meade, FL; Ernest Tabb of Albany, GA; Cleveland Tabb of Lake Wells, FL; two sisters, Mrs. Myrtle Tabb Henry of Madison and Mrs. Rachel Palmer of Harrisburg, PA.2 He was baptized at Washington Temple on 21 August 1980. Religion: LDS.

I found a black and white snapshot of my father, before they met when he was 22 years old, and, as always, posing in front of a car, a 1942 jalopy. I imagined that this was a farewell photo taken by his sister before he went into the Army Air Force. How thin he looked and with all of his wavy black hair! He stood with his hand leaning on the trunk, a slight tilt in his weight against it, his other hand on his waist where his vest was unbuttoned, his tie loosened at the neck of white shirt, and he smiled calmly as one does when saying farewell and remember me as he went off to his hitch in Albany, Georgia.

Fate was in motion to bring my parents together. A year later, my mother joined the workforce of a nation that would be gearing up for the Second World War. On January 28, 1943, she was hired as Flight Dispatcher #523 at the Army Air Forces Training Detachment at Darr Areo Tech, Incorporated, in Albany, Georgia. Her identification card describes her with these statistics: Color Eyes--Gray, Color Hair--Brown, Weight--125 pounds, Height--5 Feet, 7 Inches. Stapled on the back is a picture of my mom holding a rectangular chalk board with R. M. Tabb, Dispatcher written for the camera to record. In those days, without much instrumentation this job was the equivalent of an air traffic controller today. She worked out of the tower surrounded by large glassless windows from which she would assign her cadets a ship and judge the takeoff and landing conditions for them and many times talk them up or down, to or from their flights.

Judging from the scrapbook with a myriad of photos of young handsome pilots and my mothers beauty, she was bound to land one of them as a husband! Her autograph booklet signed by the Class of 43-J proved that these dashing young pilots went gaga over my mother. Salutations beginning with, Dear Trim Tabb, fill more than one page. A flyer from Tennessee wrote; Ill still bet youll end up married to a Cadet--and like it. They exhorted her to tell her
grandchildren of the swell cadets of 43-J and hoping that shed have more Eager Beavers, their nickname, in her next class. They flirted, Gosh, you sure are pretty, and ...if your [sic] not coming out on Sundays [that] meanRachel Mae Tabb Ill have to go through life wondering what you look like in a dress!

She did go out on Sundays with her friends to picnic near the wetland swamps of Georgia which were filled with wet-rooted cypress trees covered with moss. One afternoon, she and her best girlfriend were captured forever on film posing in the sunshine on a wooden dock and wearing dresses in which they looked like leggy sprites to an admiring gaze. This was indeed a treat from the pleated gabardine pants and jackets that she wore to work everyday signaling her serious intentions toward her job.

Many cadets appreciated that side of her and wrote thanking her for looking out for them, for her patience, for her efficiency. These comments vouched that flying was a risky task and these farm boys, now pilots, needed a kind and smart hand. One of the more educated pilots gushed...it was like Heaven to see you once again after my ignominious return from Tifton! Another pleaded: Oh please give me an airplane Miss Tabb. I wont ground loop again, I promise.

This type of work would never come her way again after the war when she and the other women of her time were forced to leave such positions to clear the way for the returning GIs. Years later when I was a young teen and after she had one too many drinks, she started sobbing remembering the young and scared boy whom she had urged up into the air had never returned to her runway because of a crash. Nonetheless, her boss the Commanding Officer, Major Francis K. Wood, would write her a recommendation for any new position
in which she would be interested saying that her work was outstanding.

Being the youngest of seven children and her father dying when she was only 12, my mother must have led a difficult and sheltered life. She was especially looked out for by her older brother Perry who would visit her at the base on those free moments from her work. I spied a picture of him in her scrapbook, and he stands out from the uniformed GIs in his double breasted suit tailored to his tall and handsome lanky form. He has a serious look and taunt suntanned face. When she spoke of him or Cleveland, her oldest brother, it was with a reverent tone reserved for a father. When she chose my father for a romance and marriage in 1945, he would take her away
from her beloved South forever and from being the center of the Darr Areo Tech circus.

Knowing my father and his sales abilities, Ill bet that he waged an
aggressive campaign against the other handsome fly boys. I found his photo in the center of a scrapbook page where hes posing in his khaki uniform on a cement bench in the campus park. His image is flanked by two pictures of her, so while this, perhaps, was a hint of her feelings the book goes on with many more tableaus of her talking to a leather jacketed cadets wearing those leather helmets and matching goggles.

My parents courtship took some time for another reason. My father was already engaged to a woman in Harrisburg. I became aware of this impediment only when I ironically met and started dating the former fiancee's son while I was in high school. My mother told me about the affair and steered me away from, I guess, what could have been a very sensitive situation. Before they were married, he was assigned to duty in San Francisco in 1945. They left Georgia on a train that carried them across the country and then back at the
end of his tour of duty in 1946 to Harrisburg. She married Clarence Edwin (Ed) Palmer.1 Rachel was born at Early County, Georgia, on 3 October 1920.2 Rachel died on 20 November 2000 at Cumberland County, Pennsylvania, at age 80.2 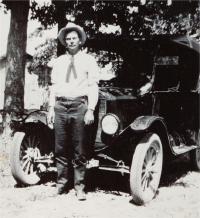 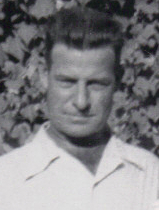