F
Inez died. Inez was born. Another daughter of Amos Fristoe, Mildred Ann, married John M. Glasscock, who was born in Virginia, son of Aldea A. Glasscock, an early Pettis County settler. They had two daughters who stayed in Pettis County, Inez, who married William T. Gorrell and Mildred Alice, who married John Wilson. They lived in the Walnut Grove school district and for many years the teachers of that school boarded with them. Their granddaughter, Fay Gorrell, who married Ernest May, lives near Smithton.

Emma Gorrell, daughter of William and Inez Gorrell, for years worked at the old Bondi store in the 200 block on the east side of Ohio Street.

Joy in Missour. She married William Taylor Gorrell on 10 March 1864. 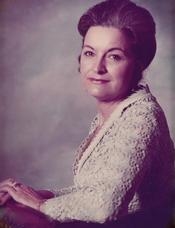 Mary was born at In the family farmhouse, near Trimble, Dyer County, Tennessee, on 13 October 1924.1 She married Robert Peyton Tabb III at Atlanta, Fulton County, Georgia, on 4 September 1971. Her primary occupation was an interior designer and she received her professional training and certifications working for a respected company in Orlando, FL. She is a member of the American Society of Interior Designers (ASID). She opened her own design house, Contempra House Interiors in Atlanta, GA, served many prominent clients and remained active until the late l970's. Mrs. Tabb was a member of the Tryon Presbyterian Church and when in good health, volunteered her time with a number of organizations in the community.1 Mary Evelyn Coleman died on 27 March 2013 at Tryon, Polk County, North Carolina, at age 88.1 She was buried after 30 March 2013 at West Point Military Academy, West Point, New York.1 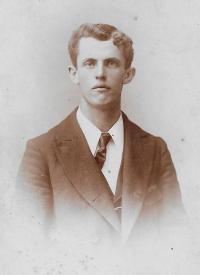