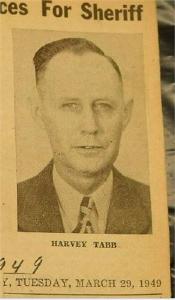 He was born February 2, 1926 to Willie Tichenor Tabb and Emmett Leo Tabb of Sonora .

He was preceded in death by his wife Gladys Lyle Patterson Tabb, parents and one sister Martha Tabb Walker.

Bill was life-long farmer and member of the First Baptist Church of Sonora where he served in several capacities. He also served his country during WWII, and then he became a teacher. He taught and coached at Lynnvale School and later became the principal at Lynnvale Elementary. Upon retirement, he became even more involved in church and community activities. Besides teaching his Sunday School Class he took part in missionary trips to multiple foreign countries representing his church and community while also operating a diversified family farm. In addition he achieved his life long dream of becoming a private pilot.