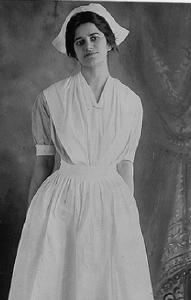 Dorcas Snodgrass
Dorcas Ijams Snodgrass was born circa 1885 at Berkeley County, West Virginia.1 She died in 1912 at Catskill, Greene County, New York; Dorcas I. Snodgrass seems to have died under mysterious circumstances. According to newspaper articles at the time, she was engaged to be married to Frederick Edgar Schmidt. Dorcas was to move to California with her sister and marry Mr. Schmidt there in a year. They were supposed to live in California afterwards. Her sister was about to move to Oakland, CA., when Dorcas went missing. On almost the eve of the day she was to be married she disappeared near Catskill, NY. One theory had it that she was aboard the steamship Minnehaha which sailed for Southampton. Another theory was that she had been drugged, attacked and then bludgeoned and her body thrown into the water. A third theory was that she committed suicide. Whatever happened to her, her body was found in Catskill Creek and identified by relatives even though it was badly decomposed.

In another tragic event, Mrs. Arabella Snodgrass, 85 years of age, the girl’s grandmother, died in a hospital in Martinsburg, WV. Mrs. Snodgrass was taken to the hospital a week ago after having been prostrated with grief for several days at her granddaughter’s disappearance.

Sources: Information supplied by Marisa Anne (annem829@sbcglobal.net): an article from The Topeka State Journal dated July 29, 1912, where it states her body was found. I added another one with her picture from The Ronan pioneer dated9/20/1912. She had already been found at that point. I also added another article from the Salt Lake Tribune dated 8/4/1912 stating Dorcas's grandmother Arabella Snodgrass had died “having been prostrated with grief for several days through grief at her granddaughter's disappearance".

F
Mary and Anne Ball were half-sisters. Mary Ball married Augustine Washington (his second marriage) and was the mother of George Washington, first President of the United States. Anne Ball died. She was born. 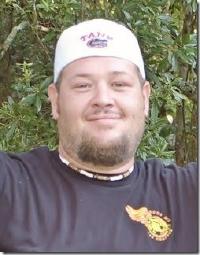 James "Tank" Henry Dowling was born on 15 November 1977 at Live Oak, Suwannee County, Florida.1,2 He died on 23 December 2014 at Jacksonville, Duval County, Florida, at age 37.2 James “Tank” Henry Dowling, 37 died suddenly on Tuesday, Dec 23, 2014 in Jacksonville, FL. He leaves his loving parents whom will always cherish his memory, Alton and Saundra Dowling, two brothers Mike (Kerrie) Dowling, Chris (Sarah) Dowling, along with 4 nephews and 1 niece. James also leaves his step-granddaughter Milee Beth Nugiba of Ragley, LA. He was preceded in death by his grandparents,Von Henry "Jiggs" Dowling andMavis Helen Hutchison Dowling ,Martha Virleen Henry Dixon andWinford Dixon James a Florida native, lived primarily in Texas and Louisiana until returning to live in Callahan, FL in 2013. He was employed in the construction field and considered himself a “jack-of-all-trades”. James could often be found fishing. Always going for the “big one” that always seemed to break his line, or even his rod, just before he could land it. He loved playing his guitar with his father Alton and nephew Devin Dowling, as James would sing-along for the entire family. James never passed anyone in need of help without stopping to lend a hand or put a smile on their faces. He had a special love and connection with children, and would do anything for the children in his family he so loved and cherished. James was always considered to be the toughest man in the world, yet he always had a soft spot for family and would sacrifice any and everything to do something for his loved ones in need. Long known for his positive outlook on life, kind heart, and his sense of humor, James love life itself and placed his family closer in his heart than anything else. He was truly a strong bond that held this family together during hard times and will never be replaced or forgotten. We love you and will miss you always Uncle Tank.

A memorial service will be held Friday, January 2, 2015 at 2 p.m. at Pierce Chapel United Methodist Church Pierce Chapel Road Waycross, GA 31503. James will be laid to rest beside his grandfather Von “Jiggs” Henry Dowling. In lieu of flowers the family request donations be made to the JACKSONVILLE AIRPORT USO 6801 Roosevelt Blvd NAS Jacksonville, NAS Jacksonville, FL 32212 in his name. Integrity Cremations of Jacksonville, FL and Miles - Odum Funeral Home in Waycross, GA will be assisting the family. He was buried on 2 January 2015 at Pierce Chapel Cemetery, Schlatterville, Brantley County, Georgia.2