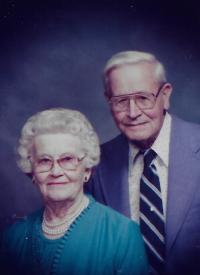 Gladys and John Tabb
John's occupation: Electrician.. John D. Tabb was an electrician and journeyman linesman for a rural electric company for several counties. From 1943 to 1945, he built diesel engines for use on ships during World War II. He was also a farmer, salesman, assessor, orchardist, gardener, and made ice. He loved his family and children's families. He donated work to his heighbors and his church. John was born at Bogota, Jasper County, Illinois, on 18 September 1903. He married Gladys Marie Foltz at Effingham, Illinois, on 20 April 1930. John died on 16 November 1986 at Olney, Richland County, Illinois, at age 83. His body was interred on 19 November 1986 at Newton, Jasper County, Illinois, at Westlawn Cemetery. 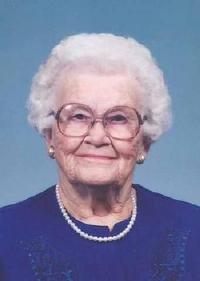 Gladys was born on March 22, 1911 in Jasper County, Illinois the daughter of George W. and Pearl (Kibler) Foltz. She married John Tabb on April 20, 1930 in Effingham, IL and he preceded her in death on November 16, 1986. Gladys was a homemaker. She was a member of Grace United Methodist Church in Newton, IL. She enjoyed gardening, canning and crocheting.

Gladys was preceded in death by her parents, her husband, a daughter Dorothy McQueen, grandson John Michael Tabb, great grandson Tanner Tabb and a sister Elsie Foltz. She was buried on 30 September 2011 at Westlawn Cemetery, Newton, Jasper County, Illinois. 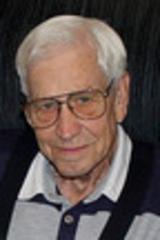 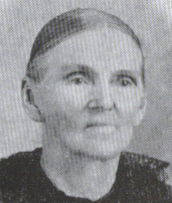