M, b. 1705, d. 1776
Captain Thomas Shepherd was the founder of Shepherdstown, Virginia (now West Virginia). He married Elizabeth VanMetre. Capt. was born in 1705. His body was interred in 1776 at Shepherdstown, Jefferson County, Virginia, at Shepherd Burial Ground. Capt. died in 1776. 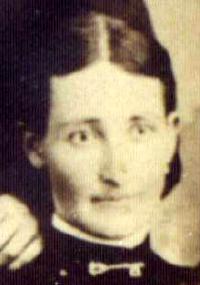 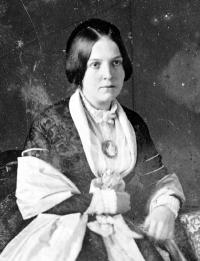 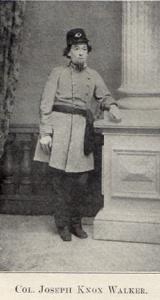 When Joseph Knox Walker was a young man he left home in Lexington and went to Tennessee. He was one of the leading criminal lawyers in the state. He represented Shelby County in the state senate in 1958-9. He was a delegate to three National Democratic Conventions. He graduated from Yale and studied law with James Knox Polk and for a while was his partner at Columbia, Tennessee. Joseph Knox Polk was a nephew and private secretary to President Polk. Joseph and his family lived at the White House in Washington during Polk's presidency. His daughter, Sally Walker was born at the White House. After Polk's term expired, J. K. Walker practiced law in Washington, then moved to Memphis in 1852. When the war broke out he raised a regiment, which fought like tigers at Belmont, Missouri. After the battle, Walker's regiment was called "The Bloody Second". He was a friend of the Irish. His regiment was composed mostly of men of this nationality. Joseph Knox Walker was a Colonel in the C.S.A. and died in 1863 in Memphis, TN.

F, b. 17 November 1794, d. 22 October 1857
NOTE: JUDITH SCOTT ROSE CABELL was a very wealthy woman and a devout Presbyterian. She inherited wealth from her father Col Hugh Rose and her husband LANDON CABELL. She was 66 yrs. old when she married VINCENT TABB and they seemed very happy. Her granddaughter named a child VINCENT WILLIAMSON. Some of her family on the ROSE side objected to her TABB marriage and were very hurtful. VINCENT put himself in great financial stress building her a home which is still lived in old LYNCHBURG and trying very hard to give the life she was accustomed to. She was a devout Presbyterian and frugal with money and may not have wanted him to go to such lengths. At any rate she was very fond of her second husband and lived with him 16 years. At one time some of her grandchildren and their children lived with them and helped with the old folks. When VINCENT married her he owned a whole square city block in the best section of Lynchburg (restoration is under way today, I visited). On the back of property were extensive slave quarters and they made the brick for new house on the site. It was a very pretty Georgian, two story with trim shutters- very tasteful. She and LANDON had lived at "Rose Hill", the home of the ROSE family. LANDON was a quiet, very studious and intelligent man who took good care of the plantation, but rejected public life when often pressure was put on him to run for high political office as others in the CABELL family had so done. He had no interest in a political, high profile type of life and was a home body but very well liked and admired. He had received an excellent education and had an extensive library. I understand that "Rose Hill" was quite a show place in its young days, but today has fallen on neglect.
Toward the end of VINCENT TABB'S life he was deeply in debt and he began to sell household items when he and JUDITH got old and sick. At the time of his death, the beautiful home he had built for JUDITH was sold for $5,000 to his lawyers GARLAND and SLAUGHTER. It became known as the TABB-SLAUGHTER-DIGGS house and during the Victorian period was extensively remodeled with corner towers added and ornate decorations which completely changed its appearance. A young man bought it several years ago and is refinishing it as he can. He told me he bought it for $28,000 and that it was in need of everything. I did not ask to enter the home but took some snapshots from outside. It is on a street in old LYNCHBURG which is being reclaimed and given new life. The history and pictures of this house are found in book LYNCHBURG AN ARCHITECTURAL HISTORY by S. Allen Chambers, Jr. with photographs by Richard Cheek. The original block was bordered by Second, Harrison, First, and fronted Madison. It is very near to Blackwater Creek which branches off from James River. JUDITH was 82 yrs. old when she died and VINCENT was 84. They died within 2 months of each other.

I, JUDITH SCOTT TABB do make this my last will and testament. 1. I direct my debts and funeral expenses to be paid. 2. I give to my husband VINCENT TABB all the hires due to me at my death. I also give to him the four following slaves for his life: ANDREW, HENRY CLAY, EDWARD and LANDON, and after the death of said VINCENT TABB, I direct said slaves to be hired out by my executor, the hires applied to the support and maintenance of MARIAN WILLIAMSON for her life, and at her death the said slaves to be divided among her children (except VINCENT WILLIAMSON), the issue of any who may have died to take the part of the parent. 3. I direct my executor to hire out all my other slaves in families : PEGGY and four children FANNY, EMILY, LETTI and infant (name not recollected) SUSAN, PAULINA and her two children POLLY and ELLEN, SIMEON, NELLY, DELPHY (letting the three last chose their won homes)., and after paying all necessary expenses, that she apply the residue of said hire to the education of VINCENT WILLIAMSON, until he arrives at the age of 21 years, and when he attains said age, I give all said slaves and all increase of the females from this date, and all my other property, not herein before disposed of to said VINCENT WILLIANSON. 4. Should said VINCENT TABB WILLIAMSON die under the age of 21 years unmarried, I direct my executor to hire out the slaves and the increase of the females, mentions in the last clause, and apply the same, and the profits of all the residue of my estate, to the separate use and support of MARION WILLIAMSON for her life, and at her death divide all said property to her children as directed in the second clause above, the part of any child that may have died, to take the parents share. 5. I appoint CHARLES R. SLAUGHTER my executor. In testimony of all which I have hereunto signed my name and affixed my seal this 1 day of Dec 1855.. JUDITH S. TABB Signed by C. R. SLAUGHTER at the instance of Judith S. Tabb in her presence. WITNESSED: SAMUEL GARLAND, JR., C.R. SLAUGHTER, GUSTANUS A. EDWARDS.
Recorded in record Nov. term Court 1857 after being proven by SAMUEL GARLAND, C.R. SLAUGHTER.

Departed this life on the 22nd Oct 1857, MRS. JUDITH SCOTT TABB, in the 82nd year of her age. The subject of this notice, though descended from a long line of illustrious ancestry, regardless of those earthly distinctions so much prized by the many seemed ambitious rather to be distinguished for the ornament of a meek and quiet spirit, and found her most congenial society in the circle of those, whom she regarded, as bearing the impress of her Savior's image. She held that "the humble Christian is the highest style of man", and genuine Christianity, Heaven's title of nobility. This estimable lady, whose praise is on the lips of all, was revered and loved, in the respective relations of life, as the unchanging friend, the kind neighbor, the attached mistress, the fond parent and the devoted wife; unmindful of herself, her chief pleasure consisted in promoting the happiness of others. She lived to bless and serve her generation. Her life diffusing the benign influence of the gospel of peace shed its mellow radiance over the circle in which she moved. Her history may be written in one word, "she lived, but not for herself." The record of her virtues will and its appropriate tablet in the hearts of all who knew her. We are at a loss to say whether she was more remarkable for her forgiveness of injuries, or for her devotion to the objects of her love. She constantly remembered and diligently practiced the distinguishing characteristic of our holy religion, embodied in the fifth petition, of that most remarkable form of prayer, over given to our world. "Forgive us our trespasses, as we forgive those who trespass against us."
She has gone to her reward in heaven, but on earth the memory of her example, will bloom on and still shed its fragrance over the desolations of the tomb. The deceased had long been a zealous member of the Presbyterian Church, but her enfeebled health, and especially her aged husband, had for several years last past, denied to her the privilege of attending upon the public ministrations of the gospel. This was made up to her in part by the frequent calls of kind ministers of the different denominations.- These seasons of social prayer she greatly enjoyed, and often spoke of them as green spots in the history of her pilgrimage.
For several months last past we have seen this aged saint laboring under an insidious disease which she bore with great resignation; and as she drew nearer the close of her earthly course, she seemed concerned only for those she must leave behind. She was in the full exercise of her reason to the end, and her last act, when no longer able to speak, was to point those weeping around her to the skies, to the home which was then opening on her beatific vision.
We stood beside her bed, and witnessed the calm fortitude of that habitually timid, but now courageous spirit, in its last encounter with the great adversary, and with admiring wonder, contemplated the mysterious power of that Faith which disarmed Death, and the assured grasp of that Hope, which reposing itself on the arm of Omnipotence, went sweetly to sleep on the bosom of Jesus.
Thus serenely passed from earth her gentle spirit, going out-- "as the star which fades into the light of Heaven".
Breaking upon the silence of this consecrated scene "I heard a voice from Heaven"--"Blessed are the dead which die in the Lord, they rest from their labors, and their works do follow them". (Revelations)