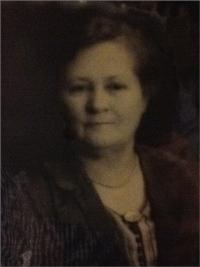 Dear ELVIN,
I was glad to hear from you and to know the little daughter is again OK and in school.
I have copied that portion of the history of the ALEX TABB family that you are likely to need and enclose it herewith.
I have met "TABBS" all over the nation, El Paso, Tombstone, Ariz., N.Y., Birmingham, Ala. There is an abstractor and RE man in NY whose name is identical with mine SC TABB. There is a FATHER JOHN TABB, Catholic priest (now dead) who was of our lineage (see Encyclopedia Britannica for a more full account of him, see Catholic Encycl.)
I am sure G. R. TABB that you met is of our lineage.
I never saw but 2 of ALEXANDER TABB's family, one bro. DANIEL, and one sister SUSAN DUNCAN, TOM DUNCAN's wife, who settled out about Cooper, TX.
I hope this will give you sufficient information for your purpose.
GRANDPA'S (ALEXANDER'S) father was very small of statue. I've been told and at 70 one Sunday at church, a little boy had a feisty dog he wanted. So the boy told him if he would climb to the first limb of a pine tree, hang his legs over the limb and hang his head down, he'd give him the pup. The limb was 70 feet from the ground so the story goes, but our spirited little progenitor took the pup home . You doubtless remember UNCLE THAD- he was small of statue, but they say a great, great, great uncle, was much smaller than UNCLE THAD.
I was at Mt. P. a few days a month ago investigating the Moel's Ever bearing grape. We would be glad for you to stop any time enpasse'. I have your address now and maybe sometime Ella and I will spent a night and a half day with you just to break the monotous of South 5th Street. We are in a big home all to ourselves and are always glad when someone comes. We are in our usual health.
With Solicitude, OUKEL (Uncle Sandy). 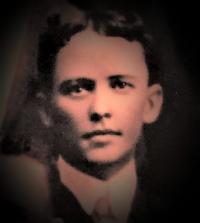 THADDEUS EDGAR TABB is a physician and surgeon who has had an unusual round of experience and service in his profession. He has been on the staff of several institutions, and is now city health officer of Waco, devoting most of his time to looking after the various agencies for conserving the public health of this important Texas community.

DOCTOR TABB was born at Mount Pleasant, Tx., Sept 16, 1883, son of JAMES ALEXANDER TABB. His father was born in Ms, Jan 1, 1839, and moved to Texas in 1845, the family settling at Mount Pleasant. As a young man he was in the Confederate Army in a Tx regiment, but other wise has devoted his active life to farming and stock raising. He is now a resident of Clarendon, Arkansas. JAMES A. TABB married MARY FRANCES CAMPBELL, of Ms., who died March 13, 1898. They had a large family of ten sons and three dau., and the eleven now living are: JOHN A., of Tx., JAMES W. of Dallas, WILLIAM M. of Mt. Pleasant, SANDY C. of Waco, OSCAR M. of Mt. Pleasant, ALBERT S. of Houston, DELPHIA L. of Mt. Pleasant, LUTHER M. of Mt. Pleasant, VOL. W. of Chattanooga, Tn., CHARLES A. of Wichita Falls, and DR. THADDEUS E.

THADDEUS EDGAR TABB had the advantages of the public schools of Union Hill, Tx. He graduated from the Mt. Pleasant High School in 1904, and soon afterward entered the medical dept. of Vanderbilt University at Nashville, Tn., where he received his M.D. degree in 1908. After graduating DR. TABB first located at Greenville, MS, where he did contract medical work for saw mills. In 1909, returning to Tx., he was appointed on the staff of the North Tx Hosp. for the Insane at Terrell. From 1911 to 1919 he was in private practice at Lorene, Tx. From 1919 to 1923 he was assistant superintendent of East Tx Hosp. for the Insane at Rusk.

DR. TABB removed to Waco in 1923 and has found many opportunities for the work for which his special abilities and talents qualify him. He was on the staff of Colgin's Clinic Hosp. until June 1, 1925, at which date he took charge of the city health dept. as city health officer. He is a member of the McLennan County, Tx. State and Amer. Medical Assoc., and belongs to the Phi Beta Pi fraternity.

He is affiliated with the Masonic Order, belonging to Karem Temple of the Mystic Shrine at Waco, is member of the Knights of Pythias and B.P.O. Elks, is a Democrat and a Methodist. 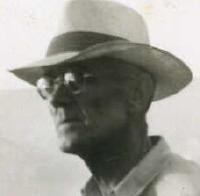