M, b. 1866
John E. Tallon died. He was born in 1866. He married Lizzie Belle Tabb, daughter of Dempsey Thomas Tabb and Laura Altheita Atherton, on 19 May 1900 at Wichita, Sedgwick County, Kansas. 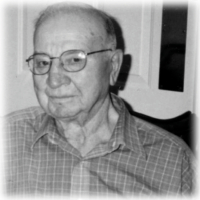 Glenn L Tabb
Glenn L. Tabb was born on 25 July 1913 at Montezuma, Gray County, Kansas. He married Pauline Jewel Purcell in 1935. Glenn L. Tabb died on 2 May 2007 at Fruita, Mesa County, Colorado, at age 93; Glenn L. Tabb July 25, 1913 - May 2, 2007 Glenn L. Tabb, an over 60 year resident of Hayden passed away on May 2, 2007 at the Family Health West in Fruita, CO. Glenn was born to Anna and Porter Tabb in Montezuma, Kansas on July 25, 1913. He was 93. Glenn arrived in Hayden 1934 and married Pauline Purcell in 1935. Glenn's parents, Pauline, one grand child and all eight siblings preceded him in death. Glenn started out as a certified automobile mechanic in Hayden, soon worked his way into part and finally full ownership of the Hayden Valley Dairy where he served the Craig, Hayden, Mt. Harris, and Bear River communities. In the 1940's Glenn bought a half interest, with Howard Bailey, in a wheat farm South of Hayden. Later the acreage was split and each partner operated his own farm. Glenn and Pauline remained on the farm until his retirement. Glenn was active in community affairs, served as Mayor, President of the School Board, President of the Co-op Board, President of the Lions Club, and was active in the Masonic Lodge. Glen was a founding and very active member of the Hayden Roping Club for over 50 years and was a mentor to many young ropers. Glenn is survived by son Duane and his wife Patty of Springboro, Ohio, daughter, Glenda and her husband Pome Camilletti of Loma, Colorado, and son, Dr. Roger and his wife Sandra Tabb of Portland, Oregon, ten grandchildren, 13 great grandchildren and two great-great grandchildren. A memorial service will be held at the Hayden Congregational Church at 2:00 pm on June 14, 2007. A reception will follow the service in the Church Parish House. Memorials may be contributed in Glenn's name to the Hayden Congregational Church, 202 E. Jefferson Ave., Hayden, CO 81639
Published in The Daily Sentinel on June 9, 2007
- See more at: http://www.legacy.com/obituaries/gjsentinel/obituary.aspx?n=glenn-l-tabb&pid=88873532#sthash.Em1BqCVP.dpuf. He was buried after 2 May 2007 at Hayden, Routt County, Colorado.